Need The TEAM for a project?  If you require a specific service we have to right team member for the job. Contact us today to talk about your needs.

Leading the TEAM! Sarah has a background in finance, accounting & business management with strong organizational skills.  She can efficiently and artistically produce striking and impressive projects within the constraints of your budget.  She is known for “Getting Things Done” and for “Thinking Ahead”.  Sarah can create action plans to execute creative ideas for both large and small productions.

Robert is retired from the United States Air Force and the Oklahoma Fire Service.  In the USAF, Robert directed the largest aircraft maintenance unit of its kind in the world.  He also worked in law enforcement, was an Arson Investigator and spent many years working in the fire service as a training Instructor teaching Firefighter level 1 for Oklahoma State University.

As a public servant he served as Chairman of the Board of Directors for the Henryetta Housing Authority, was a certified CPR Instructor for the American Heart Association and worked in the medical field as an EMT.  Robert began his professional video production career in 1990 while serving as Captain and Training Officer for the Martha Fire Department where he produced and directed live fire and training videos used in Oklahoma State University accredited fire training courses. Robert has directed and produced films, documentaries, videos, commercials and has authored two screenplays.

His passion for telling good and compelling stories has always been important to him.

Particularly known as a “storyteller”, James weaves technical proﬁciency and artistic expression into decidedly poignant messages.  James has produced and directed hundreds of ﬁlms, videos and TV commercials.   Specializing in dramatic narrative, documentary, high-end corporate image, and the educational genres, James is able to produce striking and impressive images efficiently and artistically within the constraints of given budget. 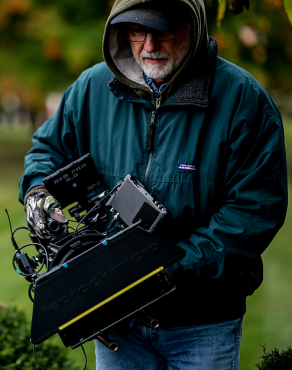 James’s work has received some of the industry’s most prestigious awards from such organizations as the International Film and TV Festival of New York, INTERCOM, CINE, Parents Choice, Houston International Film Festival, Telly Awards, Council for the Advancement and Support of Education, Dove Foundation and the National Educational Media Network.  His experiential knowledge includes proficiencies in both film and electronic media.  His introduction to filmmaking began in high school with the production of a Super 8mm SCI-FI short. 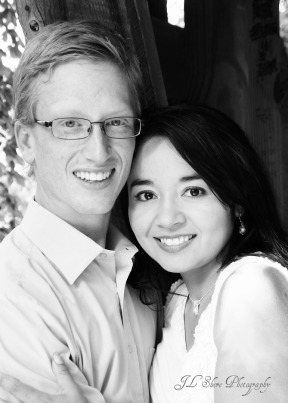 Matthew  is an Art Director and Prop Builder, with experience in independent films and live shows.  Holding a Bachelor's Degree in English, he has a diverse background that ranges from freelance journalism to education and firefighting. Matthew also writes television and film scripts, and is working on a graphic novel.

Marcela  is a Production Designer with a background in Industrial Design. Throughout her career Marcela has worked for different companies in a number of areas, such as product development, production line optimization, and graphic design.

Their feature films include Hero, Polycarp, Alone Yet Not Alone, Badge of Faith  and Champion to name a few.

For the past four years Matthew and Marcela have worked as Scenic Designers on the Christmas musical Virginia Christmas Spectacular. They have made some interesting pieces, like photo-realistic trees and a giant snowman puppet. They have also had the opportunity to build props for the Ark Encounter, a life-sized replica of Noah’s Ark. They have also traveled to Zelenograd, Russia to teach about production design techniques and the importance of teamwork, which is their specialty.

During the production of the ELEVENTH HOUR "proof of concept"  trailer they were tasked with researching events surrounding 911 hijackers. Their team succeeded in transporting us into the midst of the terrorists that carried out the attacks on the United States on September 11, 2001. The results were bone chilling. 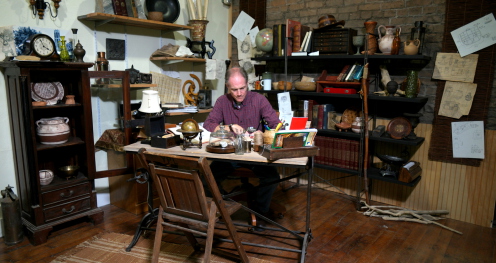 Their career has been motivated by a great desire to never stop learning and growing, and they hope to always continue on that path of discovery.

This husband and wife team will elevate any production, large or small, to the next level with an unequaled work ethic.

From the set of Tech Trackers TV Series